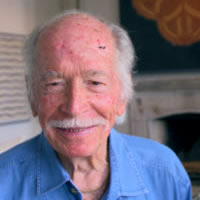 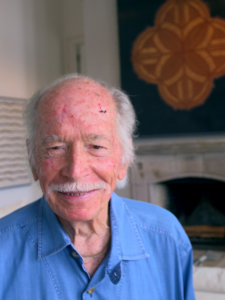 The Peoples Health Champions Program honored George Dunbar, its first Champion of the 2017-2018 NFL football season, on Sunday, Sept. 17, 2017, during the New Orleans Saints game against the New England Patriots. A Peoples Health Champion is someone who has done something extraordinary after age 65 and who proves that excellence is achieved through experience.

In New York in the ‘50s, Dunbar was a rising star in the art world. He moved home to Louisiana and introduced New Orleans to abstract art. He and a group of local artists opened a co-op style gallery in the French Quarter—the South’s first contemporary art gallery. At a time in a place wrapped so tightly in old history, Dunbar and his fellow artists quenched a long thirst for newness and creativity that few sensed existed in the region.

Back in those days, Dunbar developed land by morning and then headed to the French Quarter to teach and create art in the afternoon, working well into the night. Today, at nearly 90 years old, he retains that same unstoppable energy, going to the gym three or four times a week to keep in shape so he can continue to create art daily.

Dunbar has yet to create a piece he can call his favorite. He says, “As an artist, you need to always feel like you can do better, or you’ll stop.” Even as he creates new works and goes in new directions, he follows instincts tuned over the better part of a century. “Experience,” he says, “becomes part of your vocabulary.” 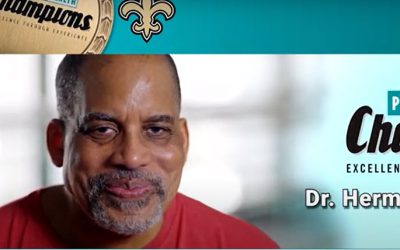