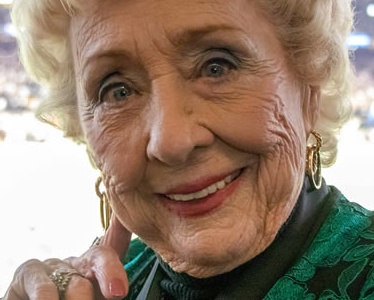 The Peoples Health Champions Program honored Peaches Davis on Nov. 4, 2018, during the New Orleans Saints game against the Los Angeles Rams. After working countless hours as a background actor, Davis earned her first credited speaking role in a major motion picture in her 80s. That role qualified her for membership in the prestigious Screen Actors Guild.

Acting was a lifelong dream, but Davis didn’t pursue it until retirement. Since then, she’s used a creative mindset and varied perspectives honed from decades of life experience to transform into the characters she plays. This talent, combined with persistence and the support of family and friends, has helped Davis live her dream of being in the movies.