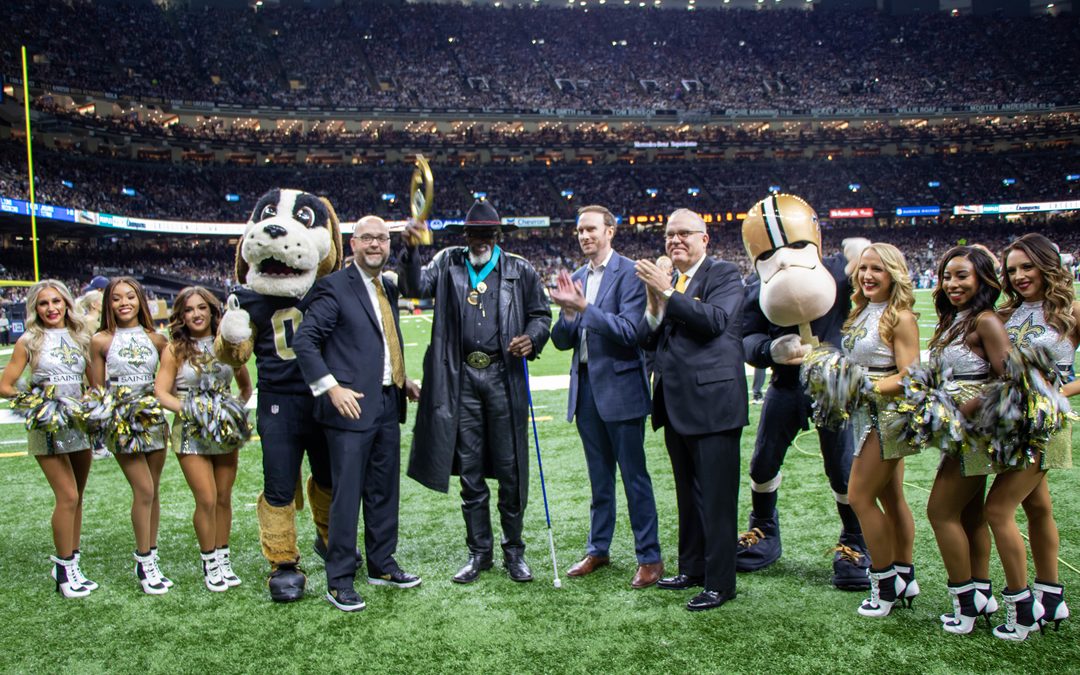 On July 9, 2019 at age 65, Robert Finley performed before the largest audience of his new career. Millions of viewers watched as he performed an original song on a primetime televised American talent show. He made it all the way to the semifinals.

Mr. Finley has always loved music. He got his first guitar when he was 10, and he dreamed of being a star. When he was in the Army stationed in Germany, he got tapped to be a band leader. But when he got home from the service, he chose carpentry as a career – building the dreams of others.

In his 60s his eyes started failing him. He could no longer read a tape measure, but he could see his future in his childhood dream of stardom. He’ll tell you: “Winners never quit, and quitters never win.” Well Mr. Finley certainly won a whole new following since his primetime TV performances. He’s not quitting anytime soon.

When he sings, you can feel decades of experience and emotion pouring out. His presence is comfortable. His happiness, palpable. His voice, powerful. One of his talent-show judges compared his voice to a fine wine that needed to put away until the right time. Right now is Robert Finley’s time.

By chasing his childhood dream, Mr. Finley shows the rest of us that our own dreams may yet be in reach. That’s why we’re celebrating Robert Finley as a Peoples Health Champion.

Robert was honored during the New Orleans Saints home game on November 24.