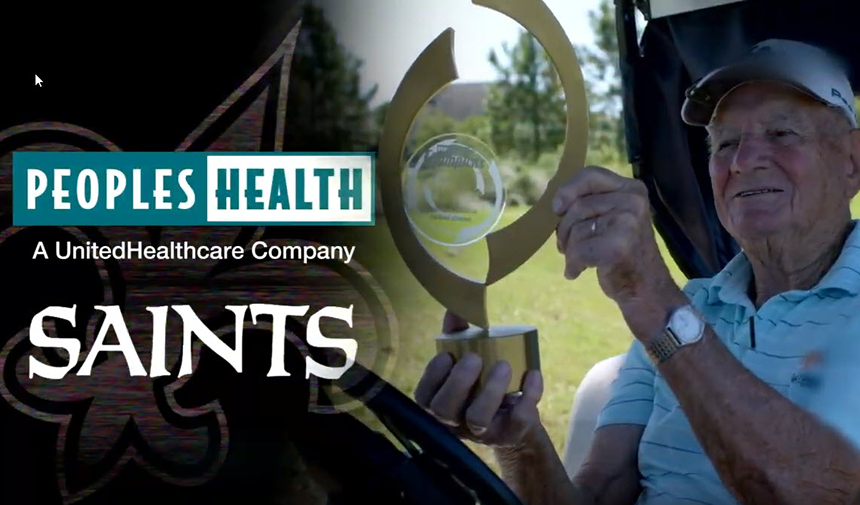 In 2019, on his 95th birthday, Murray Lirette shot an 89 in golf – beating his age by six strokes.  Not an easy feat for any golfer.  But Mr. Lirette’s not just any golfer.  He’s a decorated WWII veteran who came home to start a long career in the aerospace industry. His work helped build rockets.

In the war, he was a bombardier – a job that required patience, focus and discipline. His B-17 was shot down over Belgium, and the injuries he sustained still trouble him. They still try to throw him off his game, but to compensate, he does what he’s always done: focus. Focus and discipline helped him through the war and were key traits that brought him success as a student and then as an engineer.  Golf, for Mr. Lirette, is as mental as it is physical.

The physical aspect, though, holds high importance to him. He says he stays active by staying active. That means golf three days a week, weather permitting. And he encourages others to get out there with him.  At 96 years old, Murray Lirette shows no sign of slowing down.  He’s an inspiration.  A true Champion.