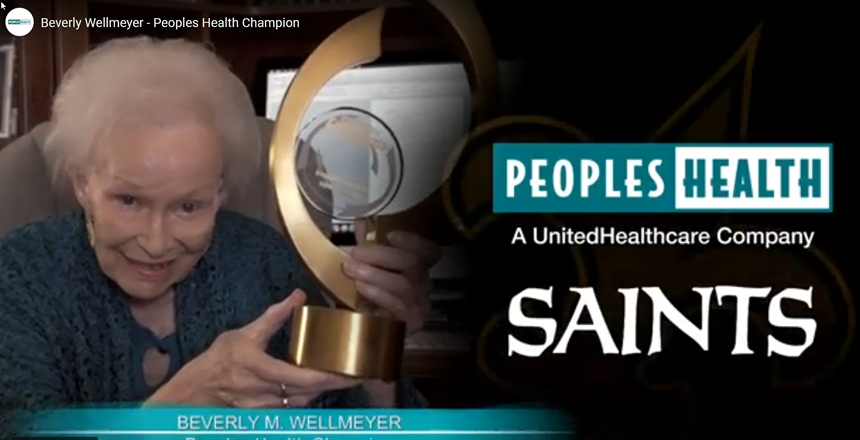 On June 3, 2011 at age 79, Beverly Wellmeyer directed the first in a series of monthly plays for an area senior center. The center’s members were the actors, and the play was an original creation of Ms. Wellmeyer’s. She wrote it, directed it, and designed the set. Ninety monthly shows later, she is still brimming with ideas.

Ms. Wellmeyer is driven by creativity. Her career was in teaching graphic arts at the community college level, but she says she has a tendency to do things she’s never done before.

She wasn’t trained as a playwrite, but she did spend 35 years teaching her students how to connect with their audiences through their art. Over her career, Ms. Wellmeyer influenced – and was influenced by – the perspectives of hundreds of students. All that experience tangled together with her innate creativity gave her a unique ability to connect with her senior center audiences through performances. And in that connection with the audience is where all the magic is.

Making that magic is second nature to her at this point in her life. Legend has it, early on, the acting group wanted to name themselves “The Over the Hill Players,” but Beverly Wellmeyer fought against it and fought for the name “Top of the Hill Players.” In their 70s or 80s or 90s, they were in the prime of their lives – at the top of the hill, where the view is the best.

That’s excellence through experience. And that’s why Peoples Health and the New Orleans Saints have honored Beverly Wellmeyer as a Peoples Health Champion.