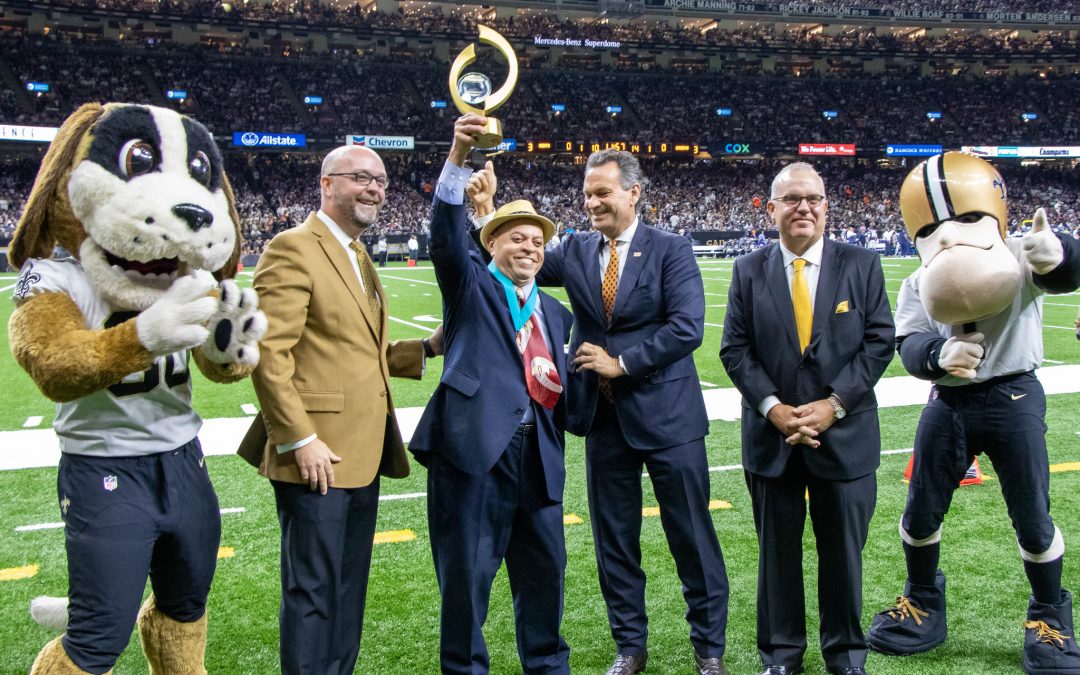 On May 1, 2019 at age 77, Deacon John Moore released a CD and music video that showcased his talent and versatility in a way none other has. They’re part of a project called “Crowded Shotgun House.” Different than his jump blues, his R&B or his classic covers, this is a reimagining of popular indie-rock songs that Deacon John had admired for years. You can feel the influences of a lifetime in music in these new recordings. They’re brilliantly polished. And they sound like Louisiana.

Deacon John says reinvention is the key to keeping your career alive in the music industry. He started playing professionally in high school. In the late 1950s and early 60s he was tapped as a studio session guitarist. You can hear his guitar on scores of hits that defined the hottest New Orleans sounds of the time. Since then, he’s mastered countless styles.

His musical mastery has earned him awards, movie parts, TV commercial work and even an honorary doctorate in music. And as president of the local American Federation of Musicians, he works to help other musicians get the benefits they deserve.

How does he hold on to his success and popularity? He’s always looking ahead to what’s coming next, and he bends a lifetime of experience to meet it. That’s what makes Deacon John Moore a Peoples Health Champion.

Deacon John was honored during the New Orleans Saints home game on September 29.