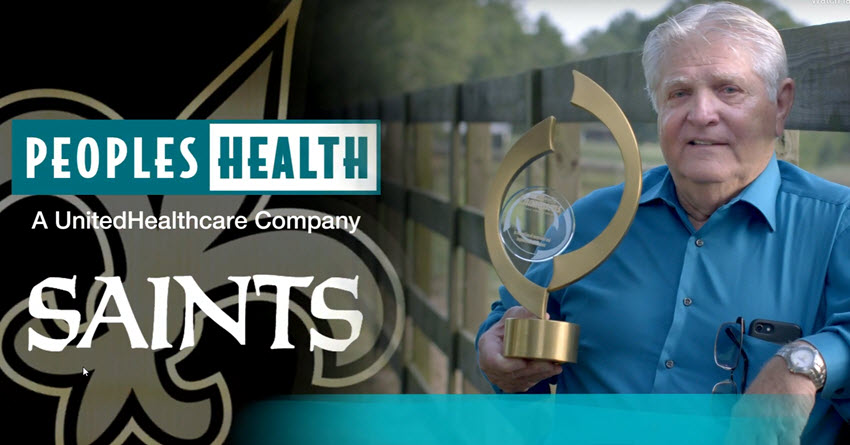 On October 30, 2018, at age 70, Bill Mayfield earned the title of World Champion in the western horse sport of team penning.  The sport is about sorting three cows from a herd of 30 and moving them to a pen – sometimes in under 20 seconds.

It takes discipline, focus, fast thinking, and an ability to communicate with the horse you’re on.

“Sometimes where you look is where they go,” Mr. Mayfield says, “how you sit and how you move your body, whether they stop where you don’t have to pull on them. It’s like natural cues.” It takes a lot of time in the saddle to build that fluency.  And it takes a lot of desire to win.

Bill Mayfield has shown that drive to succeed his whole life.  He grew up in public housing and, by 9 years old was sneaking out with a shoeshine box to help bring a little more income into the household. Later, he worked in construction, helping build the second span of the Causeway bridge, climbing to the level of crane operator. He earned a bronze star in Vietnam. Back home, he worked nights sweeping floors in a glass business, and eventually opened his own business which he grew to over 100 employees.

What he says of the horse sport comes straight from his approach to life: The competition doesn’t beat you; you can only beat yourself. You’ve got to do your best. Any mistakes are on you.

In fact, as the Saints enter the Superdome on October 25, Bill Mayfield will be in an arena in Amarillo, TX. Here’s what he said about it a couple weeks before: “I’m going to the world championship at the end of this month, and I’m not going to compete. I’m going to win.”

It’s that approach to living that makes Bill Mayfield a Peoples Health Champion.